So even though Spider-Man is one of Marvel’s biggest superheroes, Sony currently owns the film rights to him. That is why every Spider-Man movie, from Raimi’s original Spider-Man to the latest The Amazing Spider-Man 2, has been set outside of Marvel’s cinematic universe, the likes of which include The Avengers.

But Sony owning the film rights to Spider-Man does not mean that Spider-Man cannot show up in the Marvel Cinematic Universe, only that Sony and Marvel have to be willing to get along, and recently I found out that at least half of that duo was willing to play ball.

In the extras for the movie, Sleepwalk with Me (which is an excellent movie that you all should watch), there is a Q&A session with Ira Glass and Mike Birbiglia, who both worked on the movie. This particular session is moderated by Joss Whedon, probably stemming from his hilarious boycott for the movie while it was in limited release. 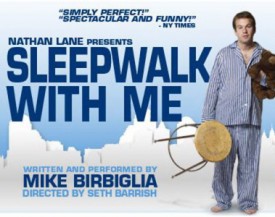 During the Q&A session (which is really more like a conversation), Whedon starts to get off on a tangent about the schwarma scene in The Avengers, essentially talking about how it started off as a joke that Kevin Feige took seriously and then morphing into a scene with real meaning to the arc of the heroes. At one point, he mentions that Sony executives came up to him and asked if Spider-Man could be in it. And he said that, for a moment, he thought, “Well Andrew Garfield could get takeout.”[1]

And then something interesting happens. The video cuts out and skips to later in the conversation, saying, “Loss of video.”

Now of course they did not actually lose the video in the traditional sense, which means that Joss Whedon said something that someone else, probably Marvel, did not want known to the general public. But from the video, we can gather that Sony wanted Spider-Man to be in The Avengers and Joss Whedon did not immediately reject the idea, which means he either changed his mind soon thereafter or someone from Marvel stepped in.

Now, what is interesting to me about this story, to me, is the implication that Sony was much more interested in Spider-Man being in the MCU than Marvel was. Spider-Man being in The Avengers seems like a win-win scenario. Marvel gets Spider-Man in their movies and Sony gets to connect their universe to Iron Man, Thor, and all those other cool heroes exist.

I think the last reason is probably the most likely, and speaks to how well Marvel understands its characters, its franchises, and the movie landscape. It speaks to how confident Marvel is in their characters, even the weird ones, that they do not feel the need to have Spider-Man in their roster. They want to make movies about fantasy gods who fight with other fantasy gods over the fate of Earth. They are going to be making movies about people who shrink to the size of ants, deal with sorcery, and travel the universe to fight a demigod. And with the breakout success of movies like Captain America: The Winter Soldier and the recent financial troubles of The Amazing Spider-Man 2, I think they are right.[3]

Of course, if people really want Marvel to understand how much they want Spider-Man in the Marvel Cinematic Universe, then there is really only one way: everyone needs to go buy copies of Sleepwalk with Me so Marvel knows that the mere mention of Spider-Man in their universe will sell movies.[4]

1. It would be kind of hilarious to see Andrew Garfield walk into the restaurant, see all the Avengers there, and just stare.
2. Though considering this was before Amazing Spider-Man 2, I don’t think that would actually be that big of a problem.
3. This article really hits the nail on the head, though it does have a pretty big spoiler for the movie.
4. Seriously, I found my copy for $2 at Walgreens. You really can’t beat that.

Why you can be a feminist and believe men and women are different »
« Retrospective: Star Wars Republic Commando