Should You See Ender’s Game?

The movie adaptation of Ender’s Game recently came out to decent reviews, which considering the novel was the opposite of a visual novel, is an accomplishment in and of itself. I actually really enjoyed the novel and many of the works in that sci-fi universe, but here I am wondering if people should see Ender’s Game or avoid it at all costs.

This is not a review. I have not seen the movie; I am wondering if I should. Why is this? Well, because of Ender’s Game creator, Orson Scott Card, is not a person I like.

Background on OSC and his views

Orson Scott Card (OSC) is an incredibly prominent sci-fi writer who has written many popular books. Ender’s Game was released to critical acclaim and so was Speaker for the Dead, its sequel. So far, so good.

But OSC is also a Mormon, which has caused problems. Now, I do not care that he believes that there was a tribe of Israel that came to America or that the afterlife is going to be a really complicated place, but I do care about his views on homosexuality.

In short, OSC is a homophobe, and I do not say that lightly.

Instead, what I mean is that OSC wants homosexuals to have less rights than heterosexuals. For proof, I want to turn to this essay he wrote on the matter.[2] In it, he describes a shocking lack of self-perception and an alarming and damaging view of homosexuality not founded on fact. For example, he says:

Which is not supported by science at all. These claims seem to be more based on preconceived notions of homosexuality rather than any evidence to speak of.

He also goes on to say that:

What happens now if children grow up in a society that overtly teaches that homosexual partnering is not “just as good as” but actually is marriage? [ugh]

Can you doubt that the textbooks will be far behind? Any depictions of “families” in schoolbooks will have to include a certain proportion of homosexual “marriages” as positive role models.

Again, studies show that homosexual parents are just as good as heterosexual parents. OSC’s claims are not based on reality but on fantasies that he bases on homophobic ideas.

The most appalling notion about this is that there is no way that homosexual families could possibly be positive role models, that they could possibly raise their children in a way that was admirable or good. This is simply not the case, and anyone who looked at the evidence can see that.

But OSC does not want perceptions of any homosexual parents to be positive. He wants homosexuals to be discriminated against, to be looked down upon as lesser human beings. In short, his views are simply awful.

So why does this matter? Even if you admit that OSC is not a nice person, there are plenty of not-nice people making films, and we do not boycott them. We do not require filmmakers or authors to pass morality tests, so why do we hold OSC to this standard?

Well, the problem is that OSC’s personal views actually have impact in the real world, and his impact is strengthened by his financial situation. He was a board member of the National Organization for Marriage, which was incredibly influential in getting Prop 8 passed. Even though he stepped down from the board, he still contributes financially.

Now, Orson Scott Card will not benefit directly from increased ticket sales. He has a producer credit, which means he’s already been given all the money he will be given for this particular movie. However, indirectly, supporting this movie will support OSC’s agenda. If this movie is successful, the chances of a sequel or spinoff are greater, which would also increase the money in Orson Scott Card’s pocket. Furthermore, the success of this movie would also lead to increase book sales, which OSC directly benefits from.

And I have no doubt that this movie’s success would go into the National Organization for Marriage and extend the reaches of OSC’s homophobic ideals.

Overall, I am really uncomfortable giving money to OSC. I really do not like what he is doing with his money and do not want to support that, even indirectly.

And the movie’s not even supposed to be that good, so I’m just not going to bother. 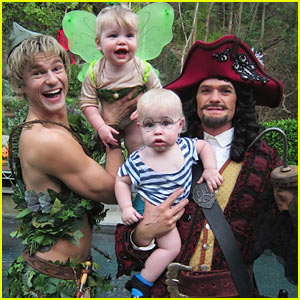 1.I am using the colloquial definition of “homophobe” rather than the etymological one.
2. I want to encourage you to read the whole essay, even though it’s long, so you know I’m not taking his quotes out of context.

2 thoughts on “Should You See Ender’s Game?”