Some Housekeeping (and Kittens)

I think my next post will be about kittens. Fluffy, lovely kittens.

So, I recently had a blog post that garnered more views than I would have ever imagined. I am so happy that people thought this was something that needed to be shared, and based on numbers alone, that was most readers’ first introduction to my blog.

So if you’re still reading this, I thank you for continuing to stick with me. After that, I figured I needed to make some changes and lay down some stuff. It’s not what I normally post about, but I figured I would get some housekeeping out of the way.

First off, I created a Facebook fan page for those who want to follow me on Facebook. For people wanting to easily view and share my posts on Facebook, that’s the best way. In addition, I’ll be posting cool stuff I find on the internet there as well.

You can also follow me on Twitter at @D_A_White, which is another way to see my postings. And if either of those do not work, you can subscribe either via WordPress by pressing the button in the bottom right corner or by email by entering your address in the top right corner. 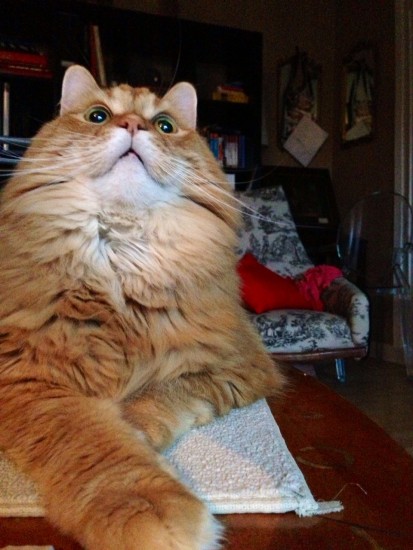 I also wanted to point out that I will be taking a closer look at the comments section. I got a lot of good feedback on the last post, but I also got a lot of poor arguments mixed with unpleasant rhetoric, and in general the level of conversation was not where I wanted it to be. I do not have an official comment policy yet, considering that it would be simply “Don’t be a jerk and try to be productive,” I will be taking a closer look at moderation if I end up writing another controversial post (and if people start being a continual problem).

Finally, I just wanted to again thank everyone who commented, liked, or shared my blog. I was blown away with how far it got, and I am hoping that the people who liked that post will find something to like about the rest of my blog.

That’s all I had to say, really. I hope you have a good day, and I will be returning to my regular style of posts shortly.

Non-Apropos Review: Man on the Moon »
« So what if it’s satire?